The Web Of Truth 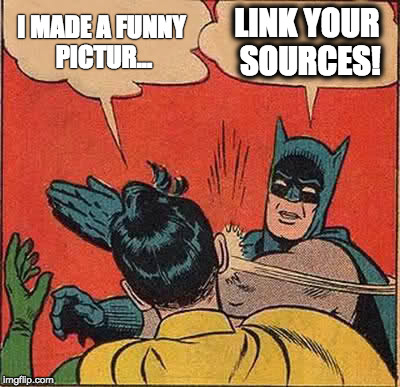 We’re in an era of lies and propaganda, euphemistically labelled “fake news” and “alternative facts”. Many of the efforts of the alt-right are to muddy the waters of facts, to erode people’s confidence that facts even exist.

As Clay Shirky implied during Trump’s election campaign, facts are not sufficient to win this war:

Seeing my timeline during the convention last night made me despair. We've brought fact-checkers to a culture war. Time to get serious.

However, facts are necessary.

More and more we need to be able to rely on the news we read and the posts we share to be factual. We can’t fall into the trap of using propaganda ourselves, or not caring what we say as long as it hurts the other side. By doing that, the confusion rises further and the forces of chaos win.

Fortunately we have technologies to help us. The web is built on links; linking back to primary sources of information is cheap and easy, and in the war on lies we need to do it more.

We’ve asked journalists to link to their source materials in online news articles for years. Now it’s a moral imperative to do so. And if you’re sharing an image online, for god’s sake include a link to the source data or article in the image. Even if it’s a silly meme.

If you make an unsourced statement, it’s indistinguishable from lies.

If we link our sources, then we can build a web of trust that will keep the lies at bay. At the bottom, theirs will have no substance. Ours will. Yes, I know that it means a few readers might click away from your precious content, but guess what; it’s more important than that now.

Link your goddamn sources, for truth and freedom, and then we can get on with the next stage of the fight.